Remembrance of Archbishop Janani Luwum Day on every 16th February. 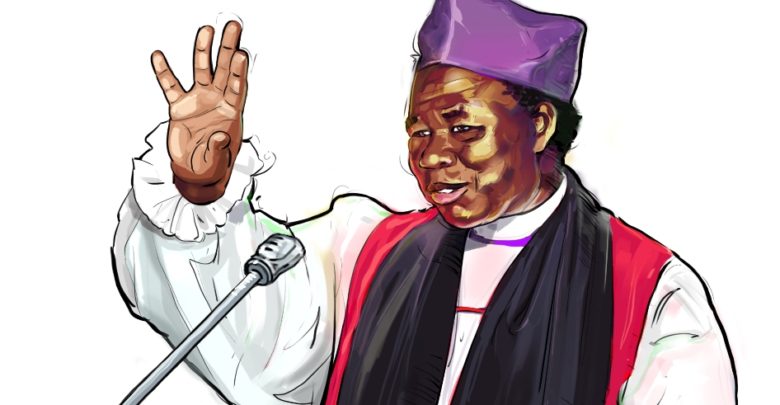 Archbishop Janani Luwum was born in 1924 in Mucwini, Chua in Kitgum District to Eliya Okello and Aireni Aciro. He was educated in Gulu High School and trained as a teacher at Boroboro Teachers College, Lira.
He accepted Christ as his personal Saviour in 1948 when he was a teacher through the guidance and inspiration by late Evangelist Yusto Amato Otunnu, and his wife Josephine, parents of Ambassador Olara Otunnu. Luwum’s conversion so totally changed his life that the leadership of the Chosen Evangelical Revival (CER) movement encouraged and supported him to train for the ordained ministry.

Luwum rose through the ranks and worked as a parish priest, chaplain in institutions of learning, tutor, principal, provincial secretary, Bishop of Northern Uganda Diocese, Archbishop of the Province of Uganda, Rwanda, Burundi and Boga-Zaire before he was martyred in 1977. On the February 16, 1977, Archbishop Luwum was martyred at Nakasero, Kampala by the regime of then president Idi Amin Dada. His body was taken to the church yard at Wii Gweng, Mucwini, on February 19, 1977, where he was later buried.

Archbishop Luwum was the first sitting archbishop in the entire Anglican communion to be martyred in office, since archbishops of Canterbury, Thomas Cranmer and William Laud were martyred in office in 1556 AD and 1645 AD, respectively. Luwum had shown courageous leadership in opposing tyranny, gross human rights violations and religious persecution in Uganda during Amin’s time.

He was recognised as Archbishop Janani Luwum of Uganda, Africa’s Martyr of the 20th century in a dedication in the Chapel for 20th century martyrs in Canterbury Cathedral, mother church of the Anglican Communion. In a high profile ceremony attended by her Majesty, Queen Elizabeth II, at Westminster Abbey, London, on July 9, 1998, Janani Luwum’s statue was unveiled among other 20th century martyrs such as African-American Civil rights leader and social prophet, Dr Martin Luther King Jr, and South African Virgin Martyr, Manche Masemola.

Janani Luwum gave to the Church of Uganda, Rwanda, Burundi and Boga-Zaire a new spirit and vitality. His wise leadership had encouraged Christians not to disregard, but to confront issues of church and state in Uganda. That he challenged the authorities of his day publicly, like the Prophet Nathan, set him apart from other bishops of the church, whose relations with the state had often been confined to the private sphere.
His contribution was also characterised by the confidence of his faith; that the gospel of Jesus Christ could offer eternal values to a violent, unjust and deceitful political power. He sought to shape his Province into a distinctive Christian body that cherished its past and its diversity, but one that reached out to what was universal in the gospel.

Challenges
On ethnic divisions and the challenge of unity, Janani Luwum remarked: “One of the problems, which is frustrating the church’s programmes, is the lack of unity of purpose. This is tearing us apart in many areas and instead of the church growing more and more together; the church is becoming more and more divided. We have, so far failed to start the Church Commissioners because there is no common agreement of land ownership as to who the beneficiaries are.”

“This had held us back for a long time during a crucial time in the history of the Church in our nation. The Church has continued to experience lack of funds to run many of her essential services and to pay pastors and other Church workers reasonable salaries.”
“Therefore, we often fail to attract well educated people to work for the Church. My prayer is that the Good Lord will help us move away from selfish motives in favour of collective benefits and efforts which are of more lasting value. It has been said that ‘united we stand, divided we fall’. One wonders if the hardships and frustrations we have passed through during the years have not been a result of our divisions.”

On justice
On politics, socio-economic justice and prophetic witness, Archbishop Luwum had this to say: “We are calling upon our people to demonstrate maturity in every respect as we enter the second century of Christianity of this Church. Such maturity should be seen in the way we participate in the religious, political, economic and social fields in our country.”
The kind of partisan religious politics, which other people have tried in the past here and elsewhere will not do any good. What is important for the Church is her commitment to the Christian principles and ideals and she must always be conscious of her role of leading her people to stand firm on these ideals. The Church is sometimes referred to as the ‘conscience of the people’ through her members and leaders in public life who speak for the poor and the ‘underdog’ of our society.”

His role
Late Rt Rev Dr Henry Okullu had this to say on Archbishop Luwum’s courage and faithfulness: “Janani Luwum had a role to play in the affairs of his nation. He refused to tremble before Idi Amin. He faced him…Archbishop Luwum was not seeking martyrdom; and church leaders should not seek martyrdom. But they must not run away from it.”
“As the situation worsened during Luwum’s last days, his wife, Mary pleaded with him continually to run out of Uganda. The archbishop refused putting it clearly that he had no guilty conscience on Amin’s accusations. ‘Sometimes it is said that it is the privilege of the great to watch catastrophe from a terrace’.

“Luwum refused to run away and watch catastrophe from the terrace. He lay down his life for the sheep. It is said that he kept telling his brother bishops: ‘we must see the hand of God in this’. He saw God’s hand in everything that was happening in those days before his murder”.
The theme for this year is: “Do not dwell on the past” (Isaiah 43:16-21).
This year marks the 42nd anniversary of the searing martyrdom of Archbishop Janani Luwum. This year’s worship will be led by Archbishop Stanly Ntagali as the chief celebrant. The guest preacher will be the Rt Rev Dr Alfred Olwa, Bishop of Lango Diocese, and the guest of honour will be President Museveni.

Remarkably, it was the searing martyrdom of St Janani Luwum that galvanised international and national opposition to the Amin regime, marking a pivotal turning point leading to the subsequent fall of Idi Amin and liberation of Uganda.
Government of Uganda through the Directorate for Ethics and Integrity and the Church of Uganda have been planning to establish St Janani Luwum memorial with the objective to organise and put in place various memorial projects and programmes to honour, remember and emulate the life, witness martyrdom and example of St Janani Luwum, as a prominent Christian leader of the 20th century.

To ensure effective planning and organisation of memorial activities and site development, a National Organising Committee (NOC) has been constituted under the chairmanship of the Directorate for Ethics and Integrity. In February 2015, President Yoweri Museveni, who was among the pilgrims, declared February 16 every year a national , public holiday (St Janani Luwum Day).

The annual national and international commemoration and pilgrimage takes place in Wii Gweng in Mucwini (20km) north of Kitgum Town, the resting place, birth place and ancestral home of the martyr. The annual prayers and celebrations at Mucwini are for all Christians and all persons of good will gathered together in a spirit of unity. (By Rev. Moses Ssenyonyi Chaplain Ndejje SSS) 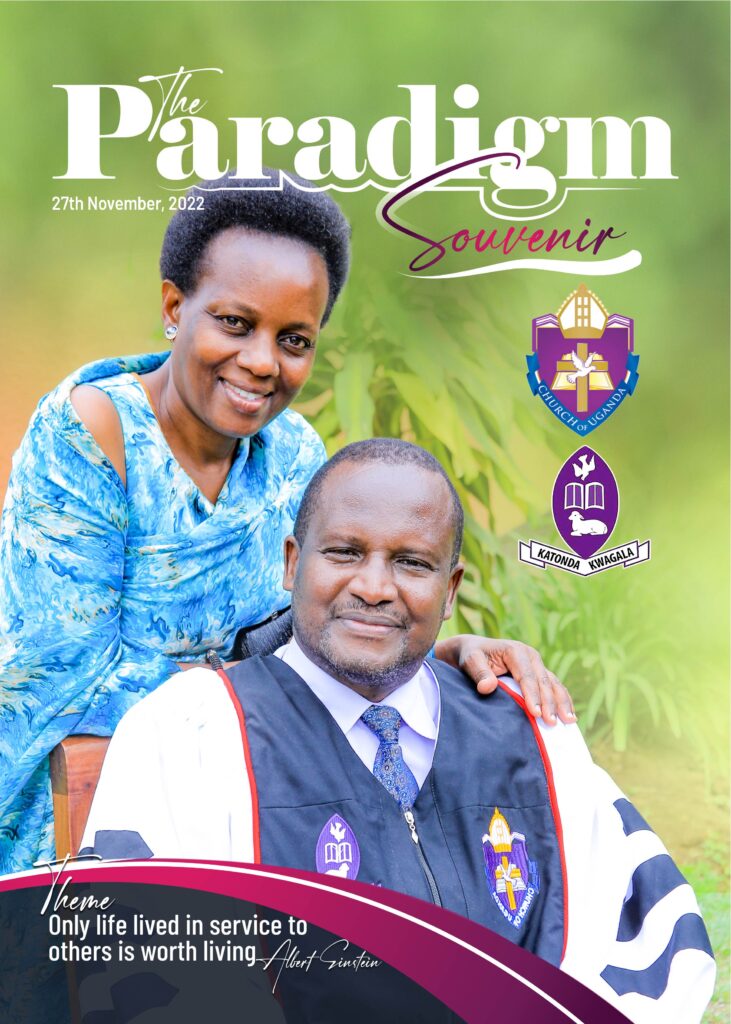 We congratulate our own Head teacher Canon Dr. Charles Kahigiriza upon being installed as Lay Canon in West Buganda Diocese in the Province of Church of Uganda. This is a

We congratulate Makerere University on its Centennial celebrations. Opening its doors to 14 day students in 1922, Makerere has since grown to become one of the most prestigious universities in 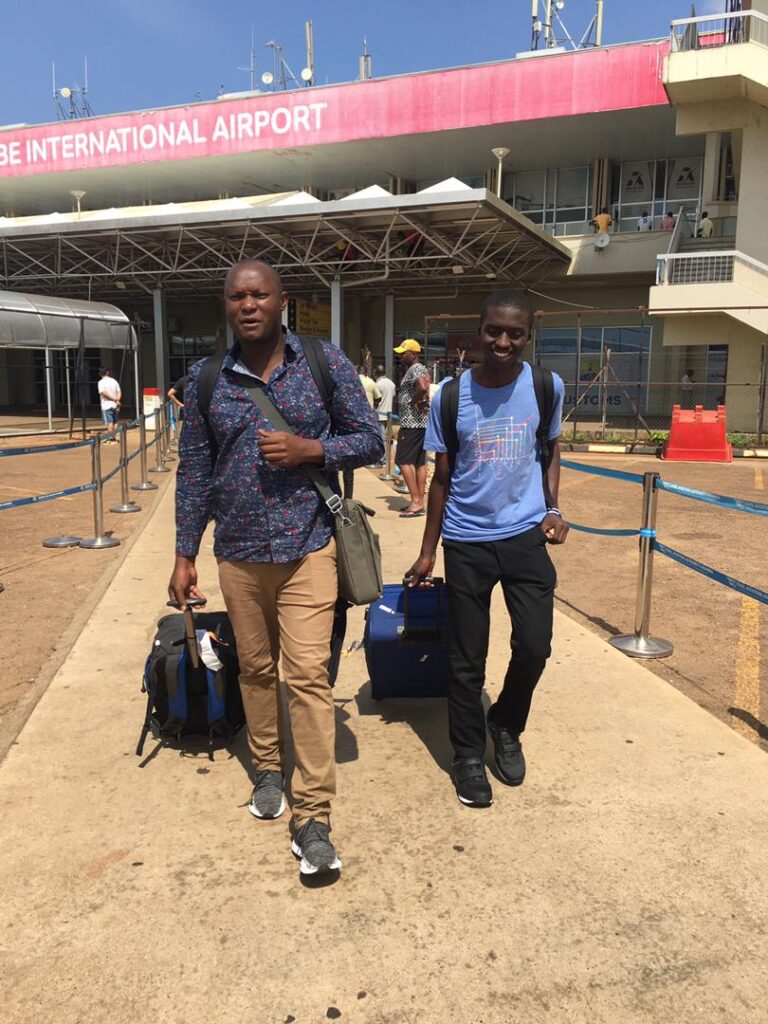 WELCOME BACK FROM OSLO, NORWAY

Dear Ndejjeans!!! Join us to welcome back our team which represented us in the recent concluded 2022 International Mathematics Olympiad contest in Oslo Norway. Mr. Medi Ssesanga was the Deputy 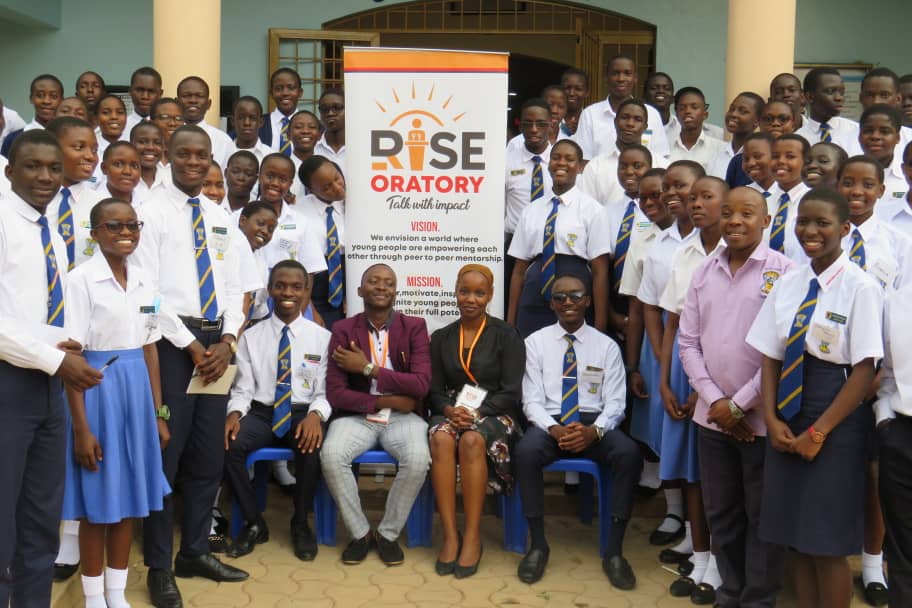 RISE ORATORY DID IT AGAIN

Rise Oratory has continued to manifest its worth in shaping and instilling values among our students. They had a great session with our Student leaders yesterday for leadership training. We

No Pains No Gains

Get In touch With Us on our socials